Who wrote Footprints in the Sand Poem

That is the Question!

Who actually wrote this awe inspiring poem that has comforted millions of people around the world in their darkest times?

I never knew there were different versions of the Footprints in the Sand Poem until I started this website. You truly learn something new everyday. 😉

I started researching to find out who actually wrote this poem and figured I’d share with you my findings.

I ran across this website http://www.wowzone.com/fpnews.htm that has done enormous amounts of research as well as received letters from those representing or are close to the people claiming to have written this poem. I highly recommend you check the research done on Footprints in the sand poem and see all the correspondence they have on the site. It’s definitely an eye opener.

It appears that Mary Stevenson wrote the earliest version of this poem back in 1939 when she was just a teenager. On May 3, 1997 proof of authenticity was given when Kurt Schwalbe, a leading professional in document forensics in the United States, claimed the document and hand writing to be 40-60 years old. This would line up with the 1936-1939. It’s sad that legal issues are still going on even after her death in 1999. You can find out more about Mary Stevenson by visiting her official site.

Next on the scene to claim ownership was Margaret Fishback Powers who wrote the poem during a Canadian Thanksgiving weekend in 1964.  The poem was actually called “I Had a Dream,” but is now so widely known as “Footprints in the Sand.”

Footprints: The True Story Behind the Poem That Inspired Millions was initially released and published by Harper Collins in 1993.  In 1995, Margaret compiled Footprints Book of Inspirations, which has sold more than 80,000 copies. One year later she released Life’s Little Inspiration Book II, equally popular for its little gems of wisdom, each accompanied by an appropriate quotation from the Scriptures.

The different versions of the poem “Footprints in the Sand” are very similar and have touched the hearts of millions of people world-wide.

I wonder if God actually spoke to both of these women and gave them something so special in a season of their lives when they most needed it, then allowed them to share it with us all?

I know that millions of dollars have been earned on this poem and it’s only right that the author should receive not only recognition but also compensation, but what if God in all his infinite wisdom and sense of humor actually spoke to the hearts of those that write poems so that it would be read by so many and minister to all of us?


Did you know that there were so many different versions of this one Poem? If so, how did you find out?

10 thoughts on “Who wrote Footprints in the Sand Poem”

Hey there! Welcome to my little spot on the Internet where I get to share my love for the Footprints in the Sand Poem with all of you. I am a Pastor’s wife, Momma to 3 grown children, Grandma to 5 and a friend to all. 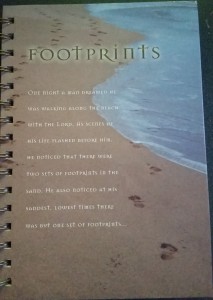 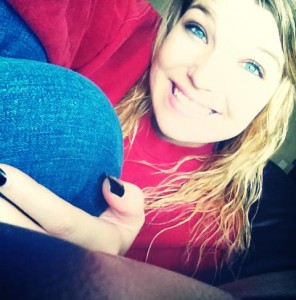 What Legacy Will You Leave Behind to Your Children 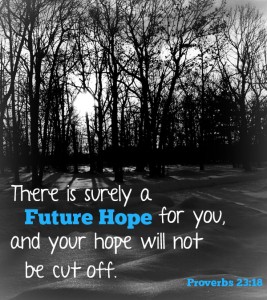